So, it all started in April 2017–at a bar near Urban Spree in Berlin, Germany. We gathered there to have a #ScrambleShake17.2 committee meeting before the opening event for A Maze. / Berlin.

The bar had candles.

We had nothing–no idea, no plan, but a candle and a pencil.

So, we burnt this pencil with a candle.

A few weeks later, when Nomi went to Urban Spree, she discovered this burnt pencil in her black hole aka jacket's pocket and told the other preeps that it's become completely useless.

Then Ivan proposed that his sharpener can bring back its functionality. But in order to do this, the pencil has to be sent to Serbia. And from the next day Nomi was traveling to Japan.

So, we decided to let the pencil travel from Germany to Serbia. It's actually (so far)

Follow us to see the epic journey of our burnt pencil on Twitter and let us know if you want to see anything in Tokyo, Berlin, Copenhagen, and Serbia! Maybe we'll tweet pics!!! 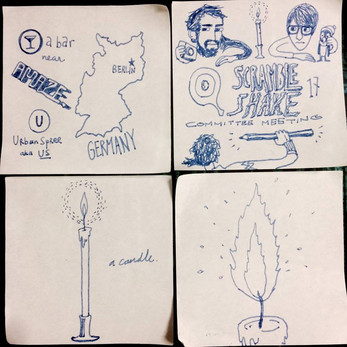 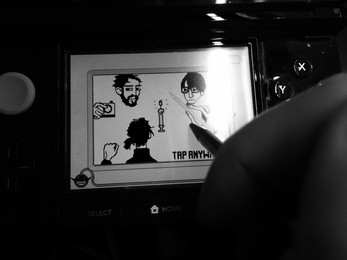 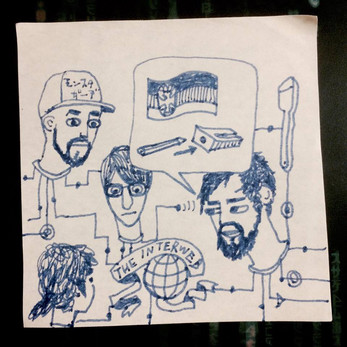 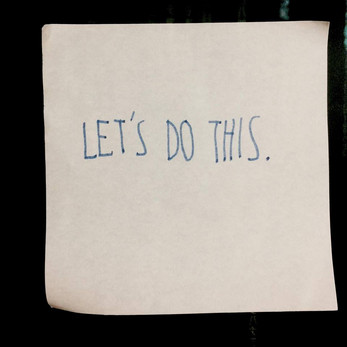 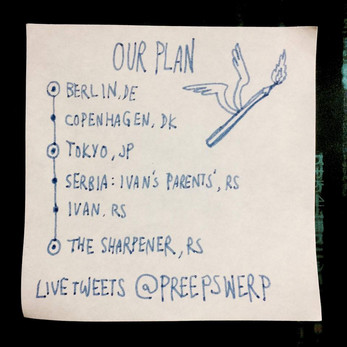 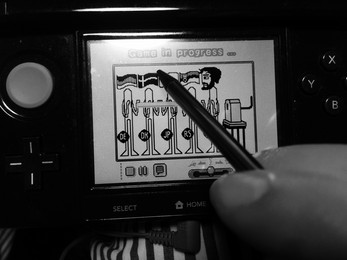